How to understand consumer buying behavior? 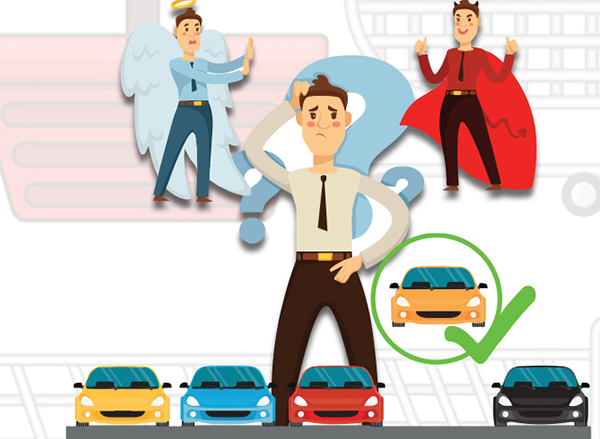 Consumer behavior plays an important role in the positioning of your product. So, before launching a product it is certainly inevitable to understand consumer buying behavior.

Indra Nooyi, the global CEO of PepsiCo, has earned so much esteem that she was once the part of the advisory team of the American president.

But, when it comes to the products of her company, she goes to the malls and checks all the products with respect to ’Shelf offtake’ and understand consumer buying behavior.

Shelf Off-take means ’How the product is looking in the shelf and how much the customer is interested in buying it?’

She is not just making product innovations, but also bringing innovations in the product designs.

Because: Designs have a significant effect on the consumers’ buying behavior.

Indra Nooyi once found that the size of ’Sun Chips’, a product by Pepsico, was much bigger than the bite-size making it difficult for the consumers to eat it.

She not only changed the size of the Sun Chips but also brought changes in its packaging, form, functions, design, and layout of the product.

One of the most selling products of Coca-Cola in America is Diet Coke but in India, the scenario is completely different.
In America, sugar is one of the biggest health issues and regular coke contains a good quantity of sugar.
So, Coca Cola came up with Diet Coke that does not contain sugar and is successful in America.
However, in India, a huge population is still malnourished, so, even if they consume more sugar in the form of regular coke nothing will happen to them.
So, after understanding the consumer needs and their behavior, TKK Krishnakumar, the Indian Head of Coca Cola, decided not to take the Diet Coke beyond tier 3 cities.

Both these companies deal in sports gear, wear, accessories, and shoes. They faced a lot of problems when they entered India.

Later, they understood the behavior of Indian consumers and promoted their products accordingly.

In the North-western states of India, cricket is a popular sport; people here are a huge fan of Sachin Tendulkar, whereas in the South-Eastern as well as North-Eastern states football is the popular game and everybody wants to become Maradona.

Based on this consumer behavior and preferences, Nike and Adidas have positioned and promoted their products in different parts of India.

When McDonald's entered India, it failed. Later, they studied the consumer behavior of India and found that Indians use potato as a snack in one or the other form.

So, they introduced Mc Aloo Tikki, which got highly successful in India.

In India, all the health drinks related to lactating and pregnant mothers failed but children health drinks got highly successful.

Because: Indian mothers are more concerned about their children's health than their health.

So, they buy a drink that helps their children to grow well.

Johnson & Johnson studied the behavior of urban mothers in India. They found that the Indian urban mothers are alone at their homes.

There is nobody to advise and help them with what they should do to grow their children well.

After understanding this, Johnson & Johnson launched the ’Best for a Baby’ campaign.

As part of the campaign, they provided content about everything that could help a mother to keep their babies protected and safe.

They also gave many problem-solving videos on their YouTube channel.

With this, they created their recall value among the Indian urban mother before positioning their product.

Do not introduce any of your products before studying consumer behavior, otherwise, you may get fail.