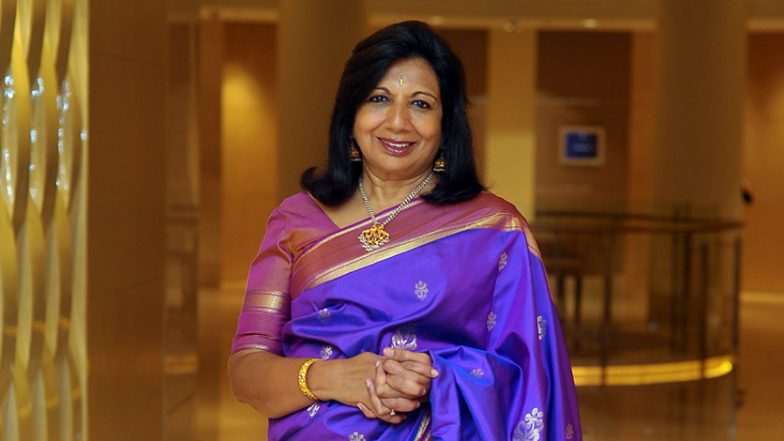 Kiran Mazumdar Shaw needs no introduction. The Chairman and Managing Director of Biocon Ltd, she was voted twice by Forbes as one of the most powerful women in the world, she is one of India`s most influential and successful female icons.

However, her path to success was laced with multiple challenges and hurdles. Her journey to fame was not a cake-walk. Instead, she worked hard and didn’t shy away from putting in everything she had to reach the pinnacle of success.

In 1978, Kiran Mazumdar Shaw joined Biocon Biochemicals Limited, Ireland as a trainee manager. Soon after joining them, she opened a branch in India in the same year. With an initial investment of INR 10,000 and a rented garage, she commenced her entrepreneurial journey.

Initially, she faced many challenges in getting a loan as the bank did not trust her idea. Her father was also asked to be her guarantor. She had to convince people to join her firm in the beginning. Her first employee was a retired garage mechanic. The quality drinking water, uninterrupted power supply, sterile labs, imported research equipment, and workers with advanced scientific skills were not easily available. Despite encountering all these challenges, she continued to work and never gave up.

But as we say that even luck favors those who refuse to give up. In 1987, Narayan Vaghul of ICICI ventures helped in the creation of venture capital with funds of USD 250,000. In 1989, Biocoin Ltd became the first Indian biotech company to receive US funding for proprietary technology.

In 2014, Biocoin was oversubscribed 33 times when the company went for an IPO. It became the second Indian company to cross the 1 billion mark on the first day of listing.

Mazumdar Shaw is known not only for her professional accomplishments but also for her philanthropic measures. She believes strongly in giving back to society and has pledged to divert half of her wealth towards the development of infrastructure required to battle against Cancer.

Through her journey that was full of ups and downs, she has inspired several women to enter the biotech world in India.

Here are some of the most thought-provoking quotes by Kiran Mazumdar Shaw that will motivate you to achieve something big in your life:

Do you have a dream that does not let you sleep? Then, achieve it with our Everything About Entrepreneurship course. Learn what are the challenges that you might encounter and how to break through them easily.

To know more about our course, click here: https://www.badabusiness.com/?ref_code=ArticlesLeads

4 Ways Entrepreneurs Can Motivate Themselves When Feeling Low