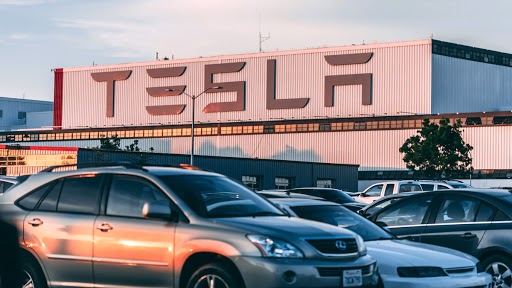 New Delhi, March 3: Minister of Road Transport and Highways Nitin Gadkari said that India is ready to offer cheaper production than China to Tesla Inc if the electric carmaker commits to set up a plant in the south Asian country. This development comes after billionaire Elon Musk's firm registered a company in India in a bid to enter the local market.

According to a report by Reuters, Tesla is planning to import and sell its Model 3 electric sedan in India. Gadkari said that instead of importing, the carmaker should make the entire product in the county. "Then we can give higher concessions," he said.

"The government will make sure the production cost for Tesla will be the lowest when compared with the world, even China when they start manufacturing their cars in India. We will assure that," the transport minister was quoted as saying by Reuters.

In 2020, only 5000 electric vehicles were sold in India due to poor charging infrastructure. Whereas, in China, Tesla sold 1.25 million EVs. Gadkari said that India is a big market and could also be an export hub. "I think it's a win-win situation for Tesla," the union minister told the news agency. The minister, however, did not give particulars of what incentives would be on offer.

5 Ways To Establish Your Personal Brand

3 Soft Skills Every Company Looks In A Candidate While Hiring!