How China Became an Economic Superpower? 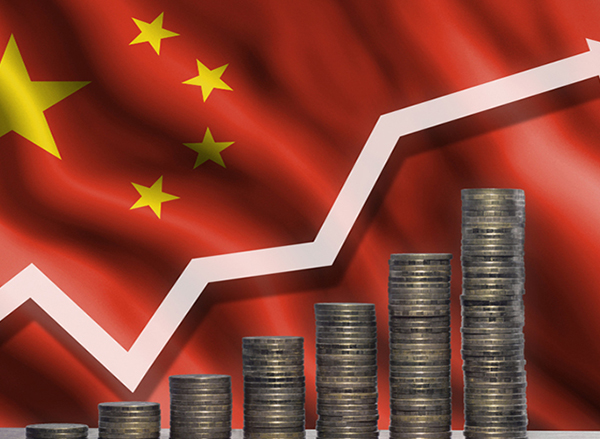 China’s mind-blowing growth in the last 3 decades has surprised the world. Today, all the big factories are establishing their manufacturing plants in China, making it the world’s leading economic superpower.

Till 1978, it was one of the least developed nations of the world.
With a growth rate of 10% in the last 3 decades, China lifted more than 80 crores (800 million) people out of poverty.

With a GDP of $23.25 trillion, the Chinese economy has emerged as the 2nd largest economy in the world.

With exports valued at $2.2 trillion, the Chinese economy surpassed the US to become the world's number one exporter.

China produces 60% of the branded luxury goods on their land, thus, defying the notion that it manufactures only cheap goods.

10 Differences - India Vs China
Let’s decode the secret behind how china became an economic superpower and how far India lags behind so far:

1. Mass Production and Dumping
Chinese economic reforms helped them scale up their production so massively that its cost of production has come down drastically. It has become home to mass production.

On the contrary, India has become a dumping ground for the massively produced Chinese goods.

2. Competitive Pricing with Reverse Manufacturing
Chinese manufacturers do not waste their resources and energy in innovation.

Instead, they copy the technology from advanced countries and start making their own products.

It saves their costs and resources on innovation, R&D, and IPR.

On the contrary, the Indian business community does not have global exposure, they still believe in the traditional way of doing business.

3. Cost-Effective Labour
China has a competitive advantage due to cheap labor owing to a big population. It is a Myth!
Rather, Chinese labor is highly productive. The Chinese government in collaboration with industries worked on the skill development of labou r force.

As a result, the output of Chinese laborers is many times higher than that of India.

On the contrary, in India, Skill Development has not been implemented so effectively.

As a result, the maximum labour force is either unproductive or less productive.

4. Experience and Expertise
Over the last few decades, China has become the first choice for setting up a manufacturing unit for companies around the world.

On the contrary, India has just begun to establish manufacturing clusters which will take time to produce experienced skilled labourers, whereas it has reached each household in China.

Political stability is the prime reason behind China’s emergence as a popular destination for manufacturing.

China is considered more stable for a global partner in comparison to India due to its political instability.

In India, due to bureaucratic red-tapism, it takes more time and energy to get clearance to start a business, which is why international investors are reluctant to come to India.

6. Education
The most important factor behind how China became an economic superpower is nothing but its education system.

China has brought major reforms in education by making it more global and pragmatic.
On the other hand, the Indian education system is still looming around what is known as the British legacy.

As a result, China has a higher literacy level than India and it produces more number of graduates per year as compared to India.

They have developed supply chain cities and clusters for producing a product at a single place.

For example
- for manufacturing mobile phones, they have developed clusters where each and every part of mobile phones is manufactured at a single place.

8. Cost of Power
In China, electricity is available around the clock at a very low price, while in India industrial areas suffer hours of power cuts which affect their productivity, making its way towards becoming world economic superpower more difficult.

how china became an economic superpower

Undoubtedly, China has developed world-class infrastructure which is a pre-requisite for developing a manufacturing hub.

Before beginning a project, China makes a vision for the next 25 years, while India makes project by taking into account the next elections.

Also, the Chinese government is directly involved in expanding its economic activities in foreign countries.

On the other hand, India’s democracy has been a bottleneck in extending its economic interests in foreign countries.

5 Indian Startups To Join The Elite Unicorn Club In 2022