How to Make Your Brand Go Viral With 5 Simple Steps? 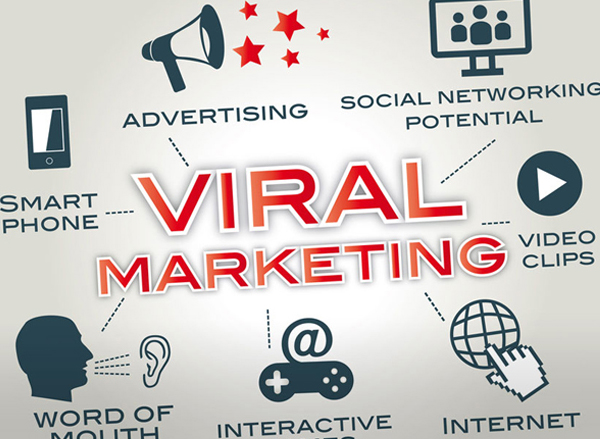 In other words, how to make your brand go viral by spending less on marketing and advertising?

In this article 5, important tips are given to make your brand viral by spending less.

Tip #1: Feeling Vs. information
In your ads for branding and promotion, are you only talking about your product or trying to connect with the people's emotions/feelings?So, what kind of feeling your brand is able to generate is important for making your brand viral through organic branding.Remember, all the ads that became viral had a great emotional touch with the audience. Example:
Do you remember the ad of Samsung LED TV Repair?If you had seen it you certainly would. Because it had a strong emotional touch.In the ad, a Samsung mechanic drives through the curvy and rugged hilly roads to repair an LED TV in a Blind Student's hostel situated at the hilltop.On reaching, he finds that all the blind students were waiting for their TV to be repaired so that they can listen to their host elite friend singing in a reality show.
Effect of the ad
: Samsung reported a jump in their sales of TV, that is, a J-Curve in Sales.
So, your Brand Recall Value depends on how you made the user feel through your advertisement, sales pitch, and promotional schemes.
Tip #2: Socially Responsible Emotional Story
To make your brand viral, you will not have to spend more on your brand's advertisement, if you resort to 'Organic Branding' instead of 'Paid Branding'.
You need to understand that buying behavior of consumers are influenced by emotion and not by logic
So, your advertisements and campaign should have a Socially Responsible Emotional Story.

Earlier, the advertisers used to keep the end of an ad engaging so that users can go home with messages intact.
But with the coming of remote control operated TV sets, the user has more control over what they want to see.
So, your advertisement or campaign must be attention seeking from the very first second.
If this is not so, then the user can very quickly switch to other channels.
To get the attention of viewers, brands use advertisement techniques that invoke extreme emotions.
There are so many other ways of attention-seeking potential which can be handy for you and your product, so choose it wisely whichever suits your product.
The below methods will boost your understanding of how to make your brand go viral
A. Testimonial Route of Social Proof:
Some advertisers and brands use reports and surveys to make customers believe that the product they are showcasing is one of the best. If you don’t use it, you are going to be disadvantaged.
Some examples of such brands are USHA, Fena, Colgate, Sensodyne, etc.
Moreover, many brands have this tendency to use a doctor’s coat to make people believe that the product is best for you.
B. Unexpected Expected Delightful Surprise:
To avoid huge investment, instead of hiring an expert agency, many companies opt for someone with little hands-on making creative ads and they spoon-feed their ideas to the audience.
But it fails drastically because if you spoon-feed your audience, they will not admire the things they already know.
The audience likes unexpected ads with delightful surprises in the end.
The ad should be designed in such a way that leaves a smile on the faces of people.
Pidilite did many experiments in doing things like this; they made a few ads that left a smile on people’s faces and things that were unexpected.
The same thing happened with the ad of Royal Stag -Men will be Men, Airtel followed the suit.
Tip #4: Call for Action with a Jingle
Jingles are the most powerful way to make your brand viral. It catches the attention of the audience. It gets absorbed in the minds of people effortlessly.This is because the human brain registers the jingles and music easily as compared to other things.As soon as viewers watch such ads, they start singing or humming the jingles unconsciously. Jingles have hidden commands for viewers. As they keep humming them, when they go to a shop, they purchase the same product.

Tip #5: Exaggerate the Insecurities and Fear

As a tool of organic branding, over the last few decades, many brands have exaggerated the insecurities and fears in the mind of common people.They keep on glorifying and amplifying it throughout the ad to convince the viewer that if they won’t take their product or service, they will be at a loss. They generate a sense of compulsion and a sense of urgency among the audience.Given the 5 steps as above will help you understand how to make your brand go viral without increasing cost on branding and promotion.
Comments
Tags:
bada business how to make your brand go viral make your brand viral
Comments
Other Articles

Invest In The Right Stock With These 5 Steps

5 Powerful Strategies To Increase Sales In A Startup Business