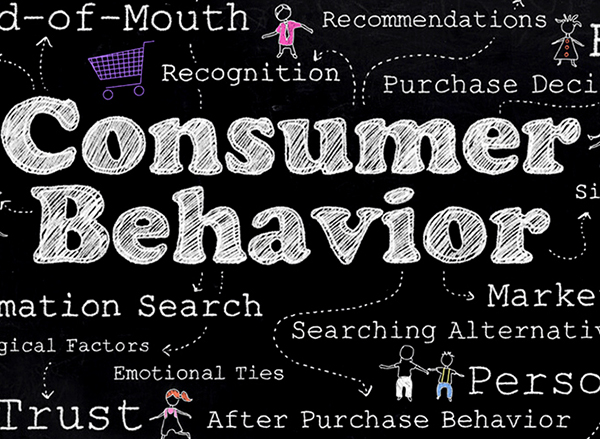 Launching a product in a new market is not a big thing. But, launching it without understanding consumer behavior of that market is certainly a big thing.

It may boomerang and lead to devastating results for the concerned business!

The consumer’s behavior understanding should be the top priority for any businessman. In fact, it should precede your nature & type of product, it's launching, it's pricing, and its positioning into the market.

The behavior of a consumer in buying a product depends on various factors. Depending on the factors, a consumer wears different hats or what we say ‘Buying Roles’.

These ‘Buying Roles’ are:

Initiator: A person who starts the discussion for buying a product.

Influencer: A person who vets the initiator’s decision.

Decider: A person with all powers to take a decision on buying the product.

Buyer: A person who finally purchases the product.

Consumer: A person who consumes the product.

How to Study Consumer Behaviour?

Before deciding your product, positioning its price and profit, you have to develop the ability of understanding consumer behaviour.

You need to understand importance of consumer behavior; that what consumers of a particular

geography need. You have to study following aspects of consumers:

The Pulse Polio Campaign was launched by the Government of India in association with World Health Organisation (WHO) in 1995. Amitabh Bachchan was made the brand ambassador of that campaign.

In the campaign, he was seen requesting people to get their babies immunized at Polio booth on given dates.
However, in the first five years of the launch, the campaign failed to drive the mothers to the Polio booths to get their babies immunized from this crippling disease.
Shocked from the campaign’s failure, they decided to go door to door in small towns and villages to understand people’s behavior; “why are they not coming at Polio booth to get their babies vaccinated?”
After studying people’s behavior in the village for months, they came to know that in rural areas, elders were responsible for taking important decisions of household, while babies’ mothers and fathers had little control over it.
Portraying Amitabh Bachchan as requesting people to get their babies vaccinated, had no impression on the minds of elders because they had an image of Amitabh Bachchan as a young angry man.
It led them to change their strategy by portraying Amitabh Bachchan as an angry young man, rebuking people for not taking their babies at Polio booth.
It left a long-lasting impression on people’s minds, and the campaign has been successful in eradicating polio from the country.
#2 Cadbury’s in Early 1988
Cadbury until 1988 used to target children as 78% of their target consumers were children. But they used to leave eating chocolates after growing up.
The result was; Market saturation for the Cadbury in early 1988! They were struggling to retain the market.
In 1990s, in order to sustain and expand their market share, they took a bold decision to “remove children from their ads”.
Cadbury re-directed their campaign strategy to target youths by launching “Kya Swad Hai Zindagi Me” campaign.
Since then, Cadbury gradually moved from “children to youths to the family” with advertisements like Shubharambh and Kuch Mitha Ho Jaye.
They influenced the buying behavior of people of all ages through repositioning their brand by changing their campaigning strategy frequently.

Before launching their Gillette shaving razor vector in India, Proctor & Gamble (P&G) did a study on Indian students at the Massachusetts Institute of Technology (MIT) for analyzing the buying behavior of Indians.

They thought that the “Made in USA” brand will be enough for their product to be successful in India.
However, they tasted failure! Why?
Because they perceived Indian consumer’s behavior from the angle of Indians in the United States (US).

Never launch a product without having an understanding of consumers' behavior of the target market.

Realizing their mistake, they brought major changes in their product as per the “needs of Indian consumers” after understanding consumer behavior in India.
Their repositioning brought them seamless success over the years. Today, it is the number one brand in the men’s grooming sector in India.
#4 Maruti Suzuki

Have you heard of Maruti Suzuki’s Alto car? It is one of the world’s highest-selling cars.

Do you know that even after 15 years of the launch of Maruti Alto, it is being sold at the same price?
Even inflation is not able to alter the Maruti Alto’s price!
But how it is happening?
Because Maruti Suzuki kept on repositioning it’s Alto as per the consumer’s behavior and needs.
Maruti Suzuki does a lot of study and research before launching each and every edition of their cars.
These case studies along with the understanding of consumer behavior will help you make your campaigning strategy successful.
Comments
Tags:
bada business importance of consumer behavior understanding consumer behavior
Comments
Other Articles