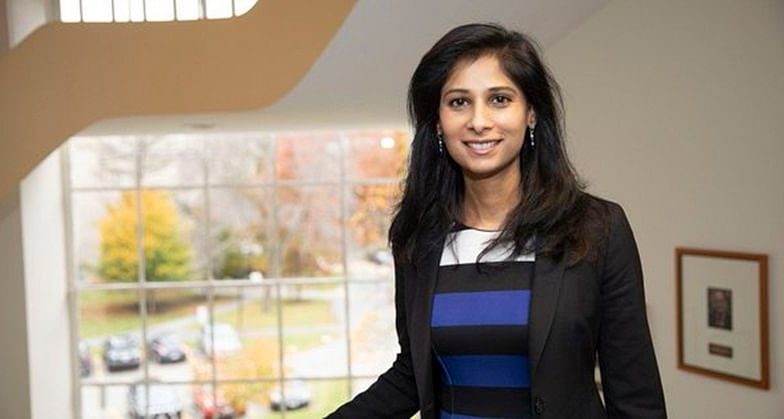 As Finance Minister Nirmala Sitharaman revealed the first post-COVID Union Budget 2021, all eyes are set on it. One of the expectations that are common across industries is certain relief measures that help them to cope-up with the pandemic-induced losses.

As the country`s economy was already on a downward trajectory even before the pandemic, everyone is hoping Union Budget 2021 to bring in some relief. And Gita Gopinath, the first woman chief economist at the IMF (International Monetary Fund), has a lot to say about India`s economic growth.

Without being hesitant even a bit, she has spoken boldly on the controversial farm laws, the revival of the economy and how the government must continue to support the economy, and more.

The 49-year old first woman chief economist also added that the government should try to focus on more reforms that are needed to accelerate the economic revival. If you find this powerful personality intriguing, here are 7 interesting facts about the trailblazing leader:

At the time of the pandemic, Gita said that around 90 countries had reached out to IMF to discuss financial assistance. She has referred to the pandemic-induced recession as the ‘The Great Lockdown’, while speaking to Trevor Noah in April 2020.

Want to start a business? Learn how you can be your own boss and make money with our top industry experts. Gain every ounce of knowledge that will help you to climb the ladder of success in the business world with our Everything about Entrepreneurship course. Click to know more: https://www.badabusiness.com/?ref_code=ArticlesLeads

7 Simple Yet Effective Ways To Stay Motivated As An Entrepreneur

5 Qualities You Must Look For In A Business Coach

Four Powerful & Practical Ways To Stay Motivated As A Solopreneur!

3 Interesting Personality Traits Of Motivational Speakers That Make Them Popular!