How to handle difficult situations in Life 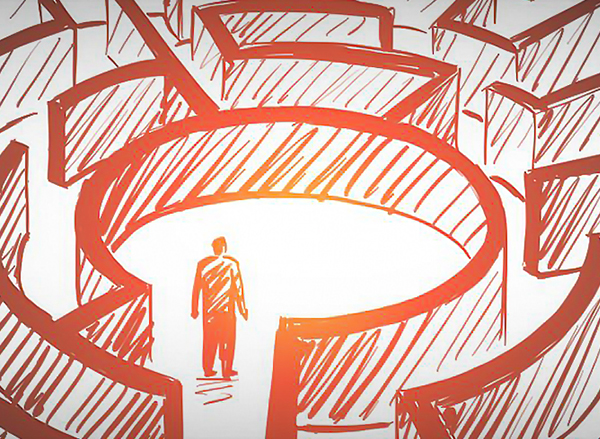 You must have confronted many difficult situations in your lives, which could have made you strongly mental or mentally strong.

Out of difficult experiences, some people become strong enough to tackle all adverse situations coming their way.

On the other hand, some become so disappointed that they abandon their goal statement or may commit suicide.

Here are some ways on how to handle difficult situations in your life.

MAPS of New Options
It is one of the ways to how to handle difficult situations.

You can never get new results by doing the same things that you been doing the past.

If you want new results, then you have to think of new options. You have to build a Massive Action Plan of New Options.

Even if you choose new options, but do not take massive actions, then there is little possibility of success.

Similarly, if you take massive actions with hard work, struggle, and commitment with old options then your chances to succeed are rare.

Failing is Not a Problem
Failing is absolutely normal, but failing twice in the same thing is more than a problem.

There is no problem in committing a mistake but never commit the same mistake twice.

Example:
Facebook didn’t become Facebook in one go. Initially, it was just a site ’Hot or Not’, which was a big failure. But learning from their past experiences, they brought many massive changes in it by understanding the people’s behavior and launched Facebook.

It is a way to how to succeed in a difficult situation.

?After a few failures, many people get fed up and abandon their goal. They lose hope; keep complaining about their failures and become strongly mental, which brings nothing but more negativity in their lives in place of success.

No one gets 90% success in the first time in their life.

Such people need to make a new strategy with a massive action plan with new options.

It is another way how to succeed in a difficult situation.

Bring New Options in Your Life

Now let’s talk about how to handle difficult situations by imbibing something new in life.

Instead of losing hope after a failure, try to find out new ways to achieve your goal.

Don’t Sit Back, Only Step Back: Learn from Mistakes
Setbacks will definitely come in your life but don’t sit back.

Whenever you get a setback in life, don’t sit back, only step back to take a new step by finding new options.

Prominent scientist Thomas Alva Edison after failing 9,999 times said, ’I have not failed 9,999 times, I just learned 9,999 ways, which cannot make a bulb’.

’Don’t Blame, But Change the Game.’
Undeniably if you follow the above-given tips on how to succeed in a difficult situation you will achieve your all goals.