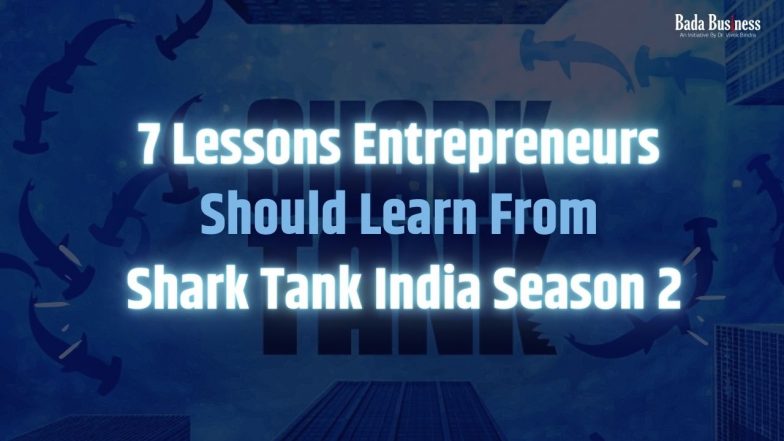 Whether you started watching Shark Tank India because you love entrepreneurship or the memes that were all over the internet, or simply came through an episode while browsing social media; there are many lessons you can learn from the show.

It's about several business and life lessons that allow you to have a look at India's fast-paced, make-or-break entrepreneurial landscape. While it is true that Shark Tank presents business pitches and ideas through the lens of reality television, here are 7 intriguing Shark Tank learnings and vital observations for new startups and aspiring entrepreneurs:

Work on applying these straightforward yet insightful lessons from Shark Tank India's second season to your personal and professional life. You'll definitely be headed in the correct direction. You can enroll for the Anybody Can Earn Webinar to know more about the facets of making money and multiplying it as per your wish. To Know More, you can visit Bada Business.