4 Fund-Raising Mistakes Every Entrepreneur Should Avoid 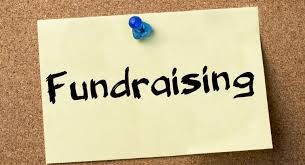 Like it or not, the entrepreneurial journey is not always easy. It also includes the not-so-pleasant step of fundraising. The reason why the journey is not so enjoyable is that it often takes months, if not longer. It also requires you to have resources that you may require to establish your startup company.

Fundraising for a startup is an involved process. There are no set rules or a manual to help you develop a startup funding plan. Every startup begins with a unique idea, vision, and promises that they make to their customers.

According to a report by IBM Institute for Business Value & Oxford Economics, over 90% of the Indian startups fail miserably within 5 years of inception. However, not much research is conducted to show the exact reason behind the failure of the startup.

A startup`s fundraising efforts depend on its ability to make itself and its business ideas appealing. Because it`s not the customer`s, but an investor`s perspective that is crucial.

Though the reason behind the failure varies, the pattern and the list of reasons seem to be repetitive.

To ensure that your startup runs smoothly, we have listed out a list of fundraising mistakes that every entrepreneur must avoid:

Many startups make the mistake of raising too much money. Initially, they think they need as much money as they can get, but forget that this increases the liability, as well as the equity they will have to give up.

While a nice cushion of startup capital provides a comfortable start, too much money in the system can result in disaster. The expenses at the later stage will be too much, and you might have to go through firing staff, budget cuts, and closing office spaces.

Some entrepreneurs ask for less funding than they require. It is the biggest fundraising mistake that can lead to the shutdown of the startup. Always ask for the amount by keeping your financial requirement as much realistic as possible. Don`t worry about scaring investors by asking for the amount of money you will require for your business.

Having a clear goal in mind is essential to raise capital investment. Figuring out how much money you need to reach your next milestone is essential. From operational costs to essential professional services, determine how much capital you need. Not having a clear idea is another mistake that every entrepreneur must avoid.

One of the worst fundraising mistakes that someone can make is giving up too much ownership in the company. While a deal that includes a good portion of your company might seem appealing, you could end up paying a much higher cost down the road.

Try to keep ownership within the company. Find out other ways to raise or access funds in any other way which is more feasible.

6 Things You Must Know About ESOPs Before Signing-up!

8 Most Important Skills Entrepreneurs Must Have

5 Skills Entrepreneurs Must Seek In Their Employees!