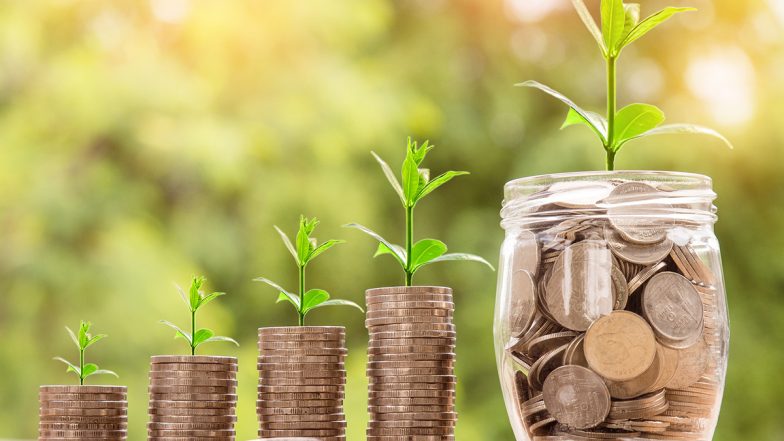 Bangalore, November 19: The start-up ecosystem in India has been growing manifolds over the past few years. It is widening the ambit and entering newer industries every day. From tech to hospitality, entertainment to education, automobile to consultancy, start-ups are increasing in both online and offline space.

However, most start-ups miss out on one of the most crucial aspects of a business – The Seed Capital and fall prey to financial distress that eventually leads to winding up of the firm. Financial soundness is necessary at all life stages of business.

It ensures that the operational cycle runs smoothly without any blockages’ or stagnations because of lack of funds, hence resulting in the efficient functioning of the business.

One of the biggest challenges a start-up faces is the adequate procurement of funds at low cost and easy payback terms. Various venture capitals, private equity firms, corporate investors, in the past few years, have become progressively interested in putting their money in potentially viable start-ups. Unlike old times, a viable idea sells better than the brand or company name in the financial markets. Many blue-chip companies including Tata, Wipro, RIL have also been investing and promoting the newbie’s in the market.

Here are Five Venture Capitals that have been increasingly showing faith in start-ups and investing heavily in them:

Headquartered in California, Accel Partners is one of the oldest and most successful venture capitalists in the markets. It has invested in more than 1,460 firms through its 29 funds. It

provides funding to start-up at entry, growth and maturity stages. In India, Accel Partners have closed around six funds, including a recent worth $550 Million.

It’s one of the main investors of Flipkart and Swiggy. Other important investments include Freshworks, BlackBuck, Bounce, BookMyShow, etc. It mostly invests in infrastructure, mobile & software, internet and consumer service firms.

Blume Ventures is an early stage and seed stage tech-focused venture fund founded in 2010. It launched its first micro-VC fund in 2011, becoming the first institutionalised early-stage investor at that time. Blume Ventures have closed four funds till now, with around $225 Million under-investment. It closed a fund worth $102 Million in April 2020, before the COVID-19 lockdown started. It has invested in more than 60 startups including, Dunzo, Unacademy, Instamojo, Procol, HealthAssure, Milkbasket. It mainly invests in online platforms across sectors.

It is a US-based private equity firm that funds start-ups for seed capital as well as early-stage requirements. It has invested in around 549 firms across the world and has investment worth $4 Billion as an asset under management. The PE firm entered India back in 2006. It had closed its last India-focused fund at $300 Million in January 2019, eight years after it raised its second fund. Its notable investments include Avail Finance, Vogo, DailyNinja, Stanza Living, MoEngage, among others. The firm mainly focuses on the following sectors entertainment and media, consumer internet, SaaS, e-commerce etc.

It was founded in 2006 and is estimates to have $1.5 Billion as an asset under management. The firm makes investments in early-growth stage companies with an average ticket size of $500K-$10 Million. It raised $100 Mn in its first fund and closed its fifth fund at $450 Million in May 2019. It has invested in start-ups from different sectors including, WhiteHat Jr, Delhivery, Rapido, Unacademy, Druva, Jumbotail, Bolo App, Pratilipi, Zomato. The firm focuses mainly on online ventures.

It is one of the biggest players in the market and invests money heavily in both private and public sector ventures. It provides fund at growth, maturity and post-IPO stages. The company is said to have invested in nearly 442 companies across the globe through its seven designated funds. It has invested in more than 90 start-ups in India. In the first half of 2019, Tiger Global Management has invested nearly $300 Million in India across 13 companies. Its major investments have been in Urban Company, Flipkart, Moglix, OPEN, Ninjacart, Razorpay. The firm mainly invests in the following sectors- internet, software, consumer,financial technology.

A regular and adequate source of finance is highly crucial for a start-up to sustain and grow and in the present age, the market offers different kinds of funds and plans. A start-up can easily look for a reputed VC and ensure regular flow of money for business development.