Do you know why strategy execution fails in business? 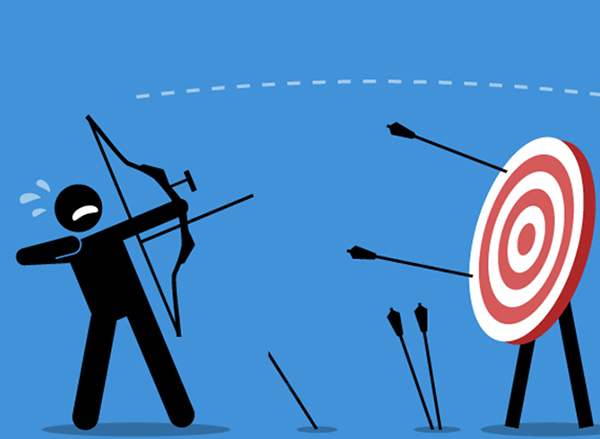 There is a myth prevailing across the business community that if strategies are good, an organization will definitely work.

They solely rely upon 'ideas and innovation' to run their business and undermine the importance of strategy Execution.

Still, their failure to execute those ideas actually lead them to an unexpected demise.

Thousands of organizations are failing due to the improper execution of their business strategy.

Let us understand why strategy execution fails even after making world-class business strategies.

Even after being the first entrant into mobile phones, Research in Motion, the makers of Blackberry, and Nokia lost 85% market share to new entrants due to lack of efficient execution.

Even after having a powerful business strategy, ideas, and innovation they failed dramatically in execution. This led others to grab the market from them.

Ideas and Innovations are not Sufficient

Sole dependence upon the ideas is the prime reason why strategy execution fails even after pumping millions of dollars on innovation.

In present market conditions, it is utterly a myth that with an "idea" one can become "Crorepati" (millionaire).

An Idea is just a seed, but it needs Sun, Air, Water, Fertilizer, and Pesticide to become a big tree -which is called Execution.

Why is Execution so Important?
Such is the importance of strategy execution in an organization that accomplishing a plan without it is merely a myth.
Normally, an organization doesn’t figure out money-making models and fail to make efforts score, results score, and scoreboard.
Plans and policies can be made in a board room, but the execution is not a child’s play. It is a systematic way of turning cognitive ideas into reality.

Seamless execution on your inspiration can become even bigger than innovations.

Strategies and innovations are important, but without excellent execution, they are completely irrelevant.
Innovation can be purchased, strategists can be hired, but the execution has to be done by you only.

Be Fast Mover, Not First Mover

This is not the world of first movers but fast movers. Although Bollywood started making movies inspired by Hollywood, now, its revenue has surpassed that of Hollywood.

OYO Rooms launched an online hotel booking service in India by adopting a model of AIRBNB from abroad, but now, it has become so big that AIRBNB cannot even compete with it in India.

In the same manner, OLA Cabs began its operation after many years of the launch of Uber in India, and now, it has become larger than Uber in the country.

Get Inspired by Others

Xerox’s computer was not as bad as it now appears to be, but it lacked execution.

The emergence of Steve Jobs’s Apple and Bill Gates’s Microsoft in the world of the operating system did not leave the space for Xerox to breathe anymore.

There were many mobile operating systems like -Blackberry, Symbian, MeeGo, Palm OS, and Windows.

But, they left an inch of space in the market!

Seeing the space, Google launched the Android killing all competitors in one go. It created a single point ecosystem and open platform for mobile and software manufacturers, which no one could think of.

Thanks to their ability to undermine the importance of strategy execution, Nokia, Siemens, Blackberry, Motorola and Sony are no more a household name as they used to be.

Once, market leaders, they lost the race with the entry of Oppo, Vivo, Xiaomi.

Though strategies and innovations are very important for an organization, but “ideation without execution is only illusion and delusion.

The entry of Baba Ramdev's Patanjali has driven centuries-old organizations like P&G (Procter and Gamble), Dabur, Hamdard, and Unilever out of business.

The story is no different for Search engines. Web crawler and Lykos were launched in 1994, AltaVista and Excite in 1995, Yahoo and Dogpile in 1996, and Ask Jeeves and MSN in 1998. But they could not sustain the market to inexperienced Google, which was launched in 1998.

All these corporate failures are examples of failed execution even after having good ideas, strategies, and innovation.

Today is the time of not only innovation and ideas but taking inspiration from surroundings to execute business and scale it up.

Hence, why strategy execution fails could be well understood with the explanation as given in the article.

3 Winning Ways To Provide Unforgettable Experience To Your Customers

3 Powerful Strategies That Will Sharpen Entrepreneurial Skills In Your Kids