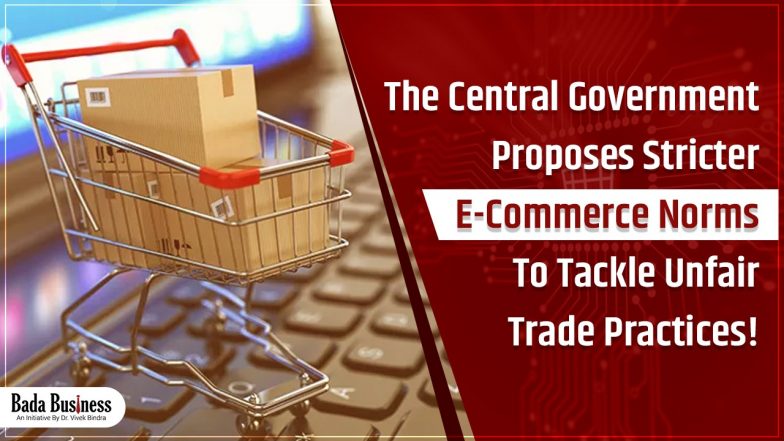 Love flash sales on e-commerce platforms? Well, it will soon be history! The Central Government has decided to revise the Consumer Protection (E-commerce) Rules, 2020 in the country to prevent unfair trade practices in e-commerce.

The revised e-commerce regulation will come into effect from July 23, 2021, according to which no e-commerce platform will be allowed to display any promotion of misleading advertisements, whether in the course of business on its platform or otherwise.

The Government has taken this step after receiving several complaints from aggrieved consumers, traders, and associations against unfair trade practices and widespread cheating being observed in the e-commerce ecosystem.

The Ministry of Consumer Affairs, Food & Public Distribution stated that the frequent occurrence of such unfortunate incidents has affected the consumer and business sentiment in the market. It has caused immense distress and anguish to many people. It was observed that there was an evident lack of regulatory oversight in e-commerce which required some urgent action.

The fast-growing e-commerce platforms have also brought the unfair trade practices of the market in which the various e-commerce entities are engaged under the radar. These platforms manipulate the search results to promote certain products, sellers, preferential treatment to some sellers, indirectly operating the sellers on their platform, selling goods that are close to expiration, influencing the free choice of consumers, etc.

Though conventional flash sales by third-party sellers are not banned on the platform, certain e-commerce entities are encouraging limited consumer choice by indulging in “back to back” or “flash” sales.

To prevent the exploitation of consumers, protect their interests, and encourage free and fair competition in the market, the Central Government is proposing a revised Consumer Protection (E-commerce) Rules, 2020 with certain amendments.

Many e-commerce platforms like Amazon, Flipkart, and Myntra among others will have to appoint a Chief Compliance Officer, a Resident Grievance Officer, and a nodal contact person in India.

CAIT Secretary General Praveen Khandelwal termed the new draft as a "guiding stone to purify e-commerce landscape of the country which has been greatly vitiated by various e-commerce global companies to the extent that not only the domestic trade has been damaged but even the consumers are also feeling the heat of their unethical business practices".

The proposed amendments aim to bring transparency in the e-commerce platforms and further strengthen the regulatory regime to curb the prevalent unfair trade practices.

5 Reasons Behind The Success Of Amazon!

7 Simple Ways To Improve Your Self-confidence As An Entrepreneur