India’s Economic Growth in FY21 May Be Negative or Near Zero Due to Ongoing Coronavirus Pandemic, Says Nirmala Sitharaman 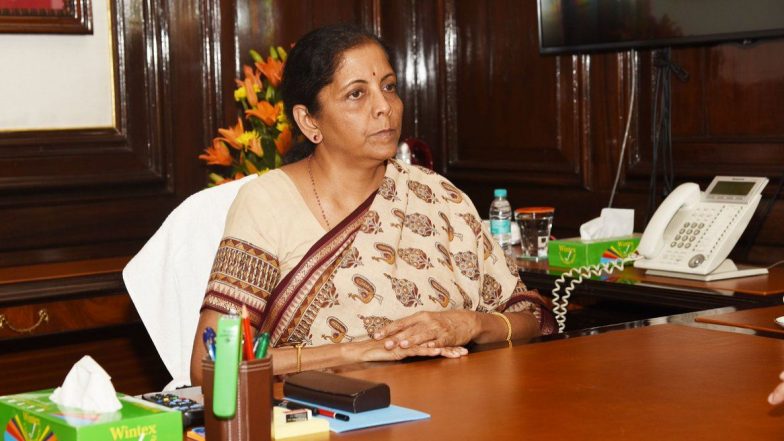 New Delhi, October 28: Finance Minister Nirmala Sitharaman on Tuesday said that India's economic growth in the current financial year may be in the negative zone or near zero amid the ongoing coronavirus pandemic.

Speaking at the India Energy Forum of CERAWeek, Sitharaman, however, noted that signs of revival are visible now and India would be among the fastest growing nations in the next fiscal. She added that the festive season will further spur the economy which may lead to positive growth in the third and fourth quarters of the current financial year.

The Finance Minister said that the focus of the government is on public spending to boost economic activity. Earlier this month, she had said that another round of stimulus for the economy is not off the table.