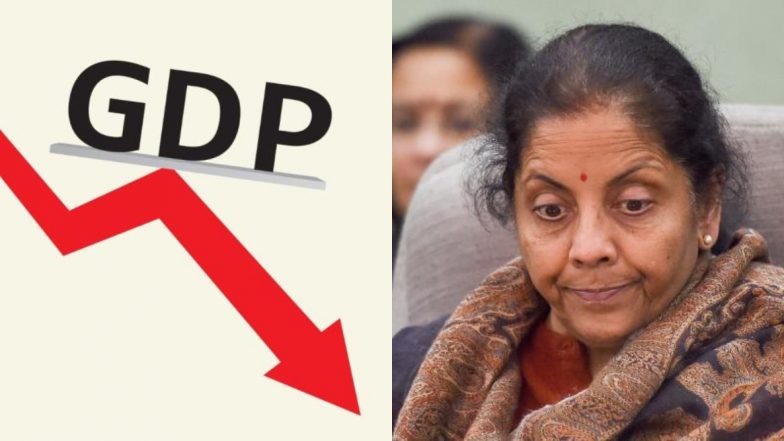 New Delhi, September 1: The Ministry of Statistics and Programme Implementation (MoSPI) on Monday released India's Gross Domestic Product growth for the first quarter of FY-2020-21 and it was found out that India's GDP shrunk by 23.9 per cent. This is considered to the steepest fall in India's GDP in the last four decades, which put India as the worst-performing nation amongst the highest several countries whose economies were sliced by the COVID-19 pandemic. In the previous quarter (January-march of FY 2019-20), India's GDP growth rate was 3.1 per cent.

Earlier, the Union Finance Ministry rolled out Rs 20 lakh crore under 'Atma Nirbhar Bharat' stimulus package to compensate the loss due to COVID-19 lockdown. However, the overall GDP declined by 24 per cent, despite the government's expenditure’s share in the GDP has gone up from 11 per cent to 18 per cent. Meanwhile, Moody's Investors Service claimed that India, China and Indonesia will be the only G-20 emerging economies in the second half of 2020, post a strong enough pick up in real GDP.