7 Motivational Quotes by Infosys co-founder Narayan Murthy to give your Entrepreneurial dreams wings! 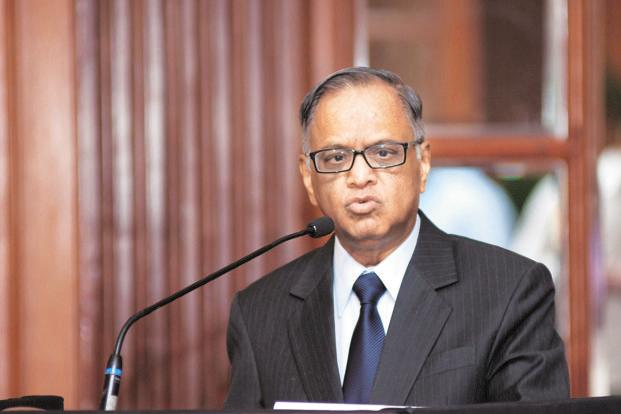 N.R Narayana Murthy is none other than the co-founder and the former chairman of Indian tech giant Infosys, which is often described as the “father of the Indian IT sector”. When it comes to business, tech, and entrepreneurship, Mr. Narayana Murthy is considered as one of India`s pioneers.

Infosys Technologies Ltd. was the first Indian company to be listed on an American stock exchange. After earning a bachelor`s degree in electrical engineering from the University of Mysore in 1967, he completed his Master`s degree from IIT-Kanpur in 1969.

During the 1970s, Murthy worked upon multiple projects in Paris, where he also helped design an operating system for handling air cargo at Charles de Gaulle Airport.

After some time, he returned to India and worked in Pune. But eventually, he decided to launch his own company and co-founded Infosys with six fellow professionals in 1981.

Talking about the startup culture in India, he says, “Startups are about entrepreneurs coming up with an idea whose proposition is very different from any existing idea in the market. Startups are about a set of people whose collective experience can test an idea’s market fit and scale it up.”

Here are some of the most inspiring quotes from N.R Narayana Murthy, to fuel your entrepreneurial dreams:

Top 10 Motivational Quotes By Dr. Vivek Bindra To Help You Chase Your Dreams

4 Streams Of Income That Will Grow Your Wealth