MSMEs in India Get Big Relief! Govt Ready to Waive 'Interest on Interest' on Loans Up to Rs 2 Crore During Moratorium 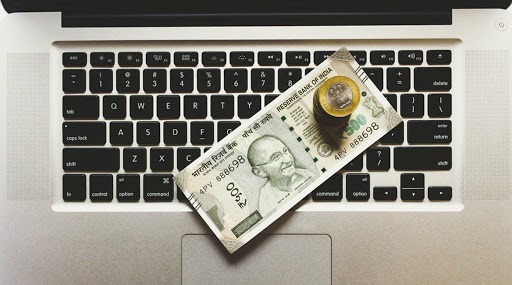 New Delhi, October 17: In a major relief to thousands of individuals and MSME borrowers in India, the Modi government announced that it is ready to waive ‘interest on interest’ on loan up to Rs 2 crore during moratorium. In an affidavit filed on October 3, the government informed the Supreme Court that it has taken a decision to waive ‘interest on interest’ on loans up to Rs 2 crore during the six-month moratorium period. The affidavit said that the only solution is that the government should bear the burden resulting from waiver of compound interest.

The retail borrowers and small businesses are the ones who have been worst hit by the coronavirus pandemic. After the Centre expressed its willingness to waive off ‘interest on interest’ charges on loans up to Rs 2 crore for six months through August, the benefit will now be extended for loans availed by micro, small and medium enterprises (MSMEs), education loans, housing, consumer durables, credit card dues among others.

The categories of loans up to Rs 2 crore include- MSME loans, education loans, housing loans, consumer durable loans, credit card dues, auto loans, and personal loans to professional and consumption loans. The Centre said, “After careful consideration and weighing all possible options, the respondent Union of India has decided to continue the tradition of handholding the small borrowers”.

In the affidavit, the Centre added saying that it is impossible for the banks to bear the burden resulting from waiver of compound interest without passing on the financial impact to the depositors or affecting their net worth adversely, which would not be in larger public interest. "The government, therefore, has decided that the relief on waiver of compound interest during the six-month moratorium period shall be limited to the most vulnerable category of borrowers”, the affidavit said.

According to a report by IANS, after the recommendations of an expert committee, the Centre has altered its stand. Earlier, the RBI and Centre had argued against waiver of interest on interest, as it would be against the interests of other stakeholders, especially depositors, and also unfair to those who have paid their dues.

A bench comprising Justices Ashok Bhushan, RS Reddy and MR Shah had requested the Centre to have again consider its decision in the backdrop of financial hardship faced by many amid the coronavirus pandemic. Although, the top court had agreed to not waive interest altogether. The Centre said that the top Court would be satisfied that the government bearing this burden would naturally have an impact on several other pressing commitments being faced by the nation, including meeting direct costs association with the pandemic management.

The Centre also cited the example of waiving interest on interest for banks. "In case of SBI alone, waiver of six months' interest would completely wipe out over half of the bank's net worth which has accumulated over nearly 65 years of its existence", the affidavit read. The Supreme Court will take up the matter on October 5 for further hearing. A clutch of petitions was filed in the top court seeking waiver of interest on interest on the deferred EMIs during the moratorium.

Launch Your Startup With These 5 Financial Tips From The Experts

5 Effective Ways To Raise Funds For Your Startups Without Investors