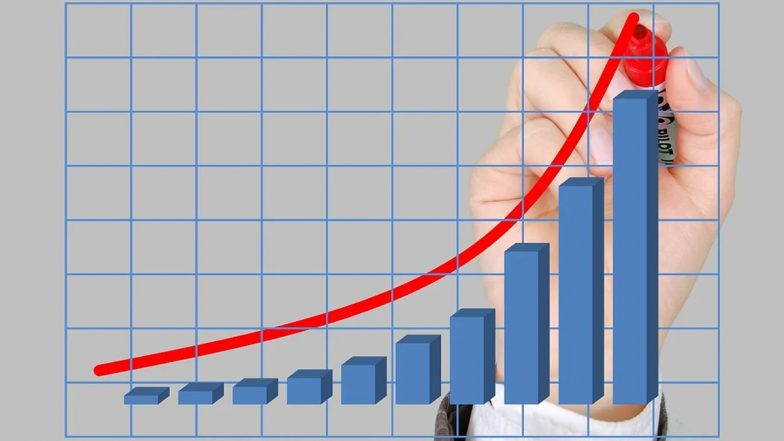 The corporate revenues in India are likely to grow by 15 per cent to 17 per cent year-on-year in the forth quarter of financial year 2021, as per a report by Crisil. It further adds that the revenues are expected to rise to Rs 6.9 Lakh Crore by the said duration. This comes after eight quarters of either decline or single digit growth in the sector. According to the report,  construction-linked sectors such as steel and cement are estimated to have seen revenue rise 45-50 per cent and 17- 18 per cent on-year, respectively, buoyed by higher realisations and volumes. India Attracts More Than $72 Billion FDI In The First 10 Months of FY21.

The revenue estimates are based on an analysis of 300 companies, that totals to around 55-66 per cent of the market capitalisation financial services and oil companies of the National Stock Exchange.  "The robust revenue growth rides on a low base of the corresponding year-ago quarter, besides higher government capital expenditure, and higher realisations amid a commodity upcycle, among others," said Crisil Research Director Hetal Gandhi. 3 Top Investment Schemes in India to put your money at!

"Revenue for players in sectors such as airline services is estimated to drop 30 per cent on-year amid social distancing and cut in discretionary expenses, especially travel budgets," he added.  "Similarly, revenue for players in media and entertainment is also expected to drop 10 per cent on-year due to lower advertisement spends and subscriptions. That said, a lower share of such sectors in the top 300 sectoral mix has muted the impact," said  Gandhi.

According to the report by Crisil, that owing to the second wave of coronavirus pandemic, various states are likely to mount partial lockdown, keeping demand recovery uncertain in the near term. The COVID-19 cases have lately witnessed a spike in India, several states in Maharashtra, Punjab have already imposed a night curfew in order to curtail the spread of virus.