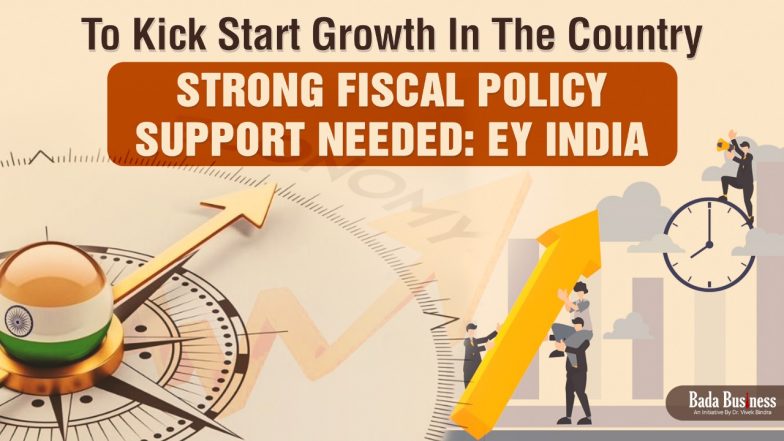 To kick-start growth in post-COVID India, strong fiscal policy support in the form of stimulus measures is required, according to EY India.

The consultancy`s June edition of Economy Watch stated that the health sector should be the primary focus of the fiscal stimulus package. According to the firm`s June edition, “This could ensure meeting the short-term healthcare demand arising from COVID's Second Wave and a possible Third Wave besides supporting growth and employment in the economy."

As per the report, the package should solely focus on income support measures for the vulnerable rural and urban population. It should also focus on making provisions for additional vaccination expenditure as the Central Government`s recent announcement for its commitment to finance 75 percent of the country`s total vaccine procurement.

Besides, the policy should also take care of any additional expenditure, which is directed mainly towards expanding health sector infrastructure.

"Together, these add to Rs 2.35 lakh crore of which around Rs 0.65 lakh crore can be accessed by the restructuring of budgeted expenditure on other heads leaving a balance of Rs 1.7 lakh crore which would constitute an additionally 0.8 percent point of GDP on the budgeted fiscal deficit of 6.7 percent of estimated GDP," the report said.

"Thus, the fiscal deficit would need to be increased to 7.9 percent of GDP in FY22 to cover the revenue shortfall of 0.4 percent points and the expenditure additionally of 0.8 percent points of GDP," it added.

The report said that although growth is projected at 8.3 percent in 2021 for India, this masks significant expected economic damage from COVID's Second Wave.

A few days earlier even the National Council of Applied Economic Research (NCAER) said it expects the Indian economy to grow 11.5% in the June quarter and the range of 8.4-10.1% in FY22 over a negative base, calling for an expansionary fiscal policy to put the economy on a sustainable growth path.