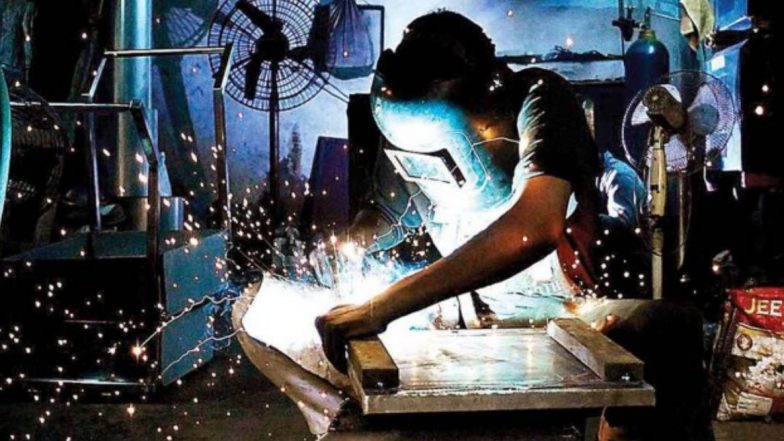 A worker at an MSME firm. | Representative image.

Lucknow, August 21: Ministry of Micro, Small and Medium Enterprises (MSME) of Uttar Pradesh and the Indian Ambassador to France on Wednesday joined hands to explore possibilities to develop sectors like defence/aerospace, textile, footwear and skill development.

State MSME minister Sidharth Nath Singh held a video conference with Indian Ambassador to France Jawed Ashraf intending to ease regulations to promote investments in the state. Both the leaders agreed to set up a working group to relocate disrupted supply chains amid the COVID-19 pandemic.

Sidharth Nath Singh said, "There is a huge opportunity to increase percentage potential of exports from India and U.P. to France. A large land parcel has been earmarked for maintenance, repair and overhaul (MRO) near the Jewar Airport in Greater Noida which can provide investment opportunities to French companies."

Stating that the agreements between UP and France would help in the promotion of investments and exports, Additional Chief Secretary (MSME and Export Promotion) Navneet Sehgal said, "U.P. has excellent policies and incentives, and this is a great opportunity to promote investments in the state and exports out of the state to various countries."

Expressing his opinion, Asraf said that UP was the first state to approach France with its initiative to promote investments and exports and had been successful in changing its image in recent years. Meanwhile, UP MSME Minister said that France is the gateway to the European Union market. He also opined that tie-up with France can be an attractive opportunity for Uttar Pradesh

White Label Solutions: A Cost-effective Solution for Start-ups to build a successful Business!