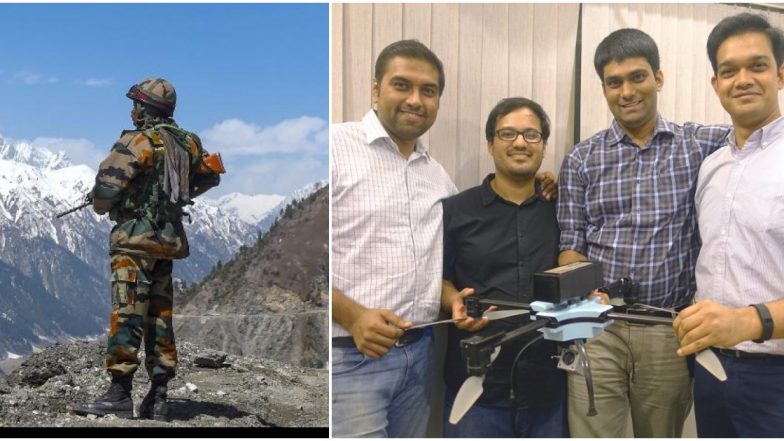 The Indian army has signed a contract of $ 20 million with IdeaForge to procure high-altitude drones in undisclosed quantities. The SWITCH Unmanned Air Vehicles will be delivered over 12 months.

After IdeaForge emerged as the only vendor to successfully qualify the operational requirements for fast-track procurement, the Indian Army awarded the contract to this Indian startup for a high-altitude variant of its SWITCH Unmanned Air Vehicles- UAV.

The deal not only signifies the strategic shift in the acquirement process of the Indian Army, but has also cemented IdeaForge`s position as the largest manufacturer of Indian drones for defense and homeland security, and industrial applications.

What is SWITCH UAV?

This innovative drone technology can be used for long-duration operations, security, long-endurance surveillance and security, photogrammetry, and inspection.

IdeaForge, the company that has bagged the Rs 130-crore deal has beaten the top Israeli and other Indian drone manufacturers.  It was founded by the four alumni of the Indian Institute of Technology (IIT Bombay)- Rahul Singh, Ankit Mehta, Vipul Joshi, and Ashish Bhat.

The Indian startup came into existence in 2007, at the Society for Innovation & Entrepreneurship (SINE). Initially, they started with building hand-cranked chargers, the enterprise soon shifted their focus towards building a hovercraft. This was the beginning of their venture into the drone manufacturing market.

Mumbai-based IdeaForge is a licensed manufacturer of Unmanned Air Vehicles (UAV) approved by the Ministry of Defence. The company currently offers seven UAVs that are used in a range of applications including traffic management, mapping, surveillance, security, and crowd management. Some of the drones manufactured by them are already in use by the armed forces.

“SWITCH UAV is the culmination of insights and knowledge the company has gained over years of experience in helping the Indian forces operationalize UAVs in their ranks”, said Founder and CEO of IdeaForge Ankit Mehta on the development of UAV.

“Our products are designed like a bird and tested like a tank. It is the only product that surpassed the stringent standards and product trials and surpassed expectations of the Indian Army”, he further added.

Best 5 Ways for Entrepreneurs to Raise Funds for their Startup Business!

3 Home-Based Business Ideas You Can Start in 2021

4 Fund-Raising Mistakes Every Entrepreneur Should Avoid