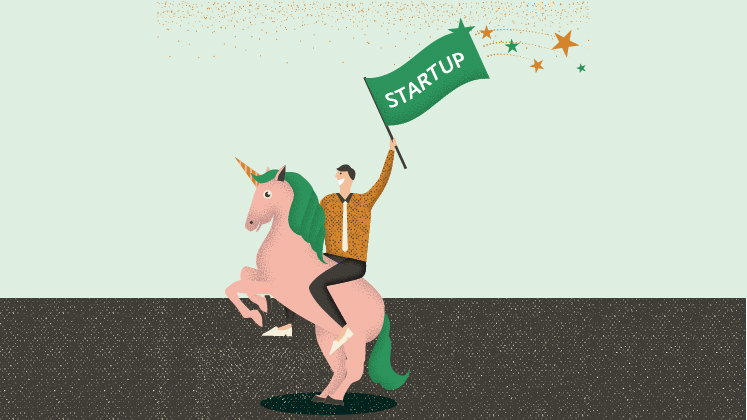 In January 2020, India received its latest entrant into the unicorn club- Pine Labs, a startup valued at over $1 billion. After 22 years, since its inception, Pine Labs was the first to join the unicorn companies in India in 2020.

Pine Labs raised an undisclosed amount from New York-based financial services major Mastercard at a valuation of approximately $1.5 billion. Although the details related to the transaction were not disclosed, the funding round is estimated to be at $100- $150 million.

Founded in 1998 by Rajul Garg, Lokvir Kapoor, and Tarun Upadhyay, Pine Labs was initially launched as card-based payments and loyalty solutions provider. However, it was in 2009 that Pine Labs` real journey was started.

The founders of this Noida-based startup realized that the merchants were looking to find solutions to enhance their customer engagement during the payment process. Thus, they ventured into the traditional payments space intending to provide solutions to merchants by providing a point of sale (PoS) machines.

Pine Labs is not a brand that resides in your pocket. However, the chances are that you might have come across a point-of-sale (PoS) machine from Pine Labs while making a payment. It acts as a gateway to data that every merchant or business owner likes to store about their customers to understand them better.

Even during the COVID 19 pandemic, Pine Labs has recorded almost a 67 percent jump in monthly merchant onboarding due to digital transformation. From 12,000 every month to 20,000 merchant- onboarding in the last few months, Pine Labs has witnessed rapid growth.

Given that Pine Labs is over two-decade-old, many might say Pine Labs is not a start-up. However, the founder of the company thinks a little differently. According to Executive Chairman & Former CEO Lokvir Kapoor, Pine Labs still has the DNA of a startup because of the innovative measures and the agility it has always demonstrated.

Lokvir took over as CEO after Tarun Upadhaya and Rajul Garg left Pina Labs. He then spent the next 10 years taking the organization into the fintech world.

He stated, “there was a time when banks offered a counter sales terminal to merchants and the transactions carried out over a phone line. There was a gap in terms of what the merchants and the market needed from a payments technology solution, and what the banks were able to offer”.

To cater to their customers` needs, Pine Labs zeroed in on this gap by becoming a technology partner for several banks. It began providing merchants with PoS devices. Banks, in return, started referring Pine Labs to merchants.

Pine Labs has a versatile list of clients, which also includes the Future Group and Shoppers` Stop as its earliest clients.

Want to read about more success stories of Indian startups that have become unicorn companies in 2020? Then visit www.news.badabusiness.com.

If you need expert guidance to establish your startup, learn about our ‘Everything about Entrepreneurship’ course, which is designed specifically for upcoming entrepreneurs. Visit https://www.badabusiness.com/?ref_code=ArticlesLeads now!

5 Common Pitfalls Startups Encounter and How to Avoid Them!

Startup India Scheme: What Qualifies a Startup Under This Scheme? Here’s How Can One Register a Profile Online on startupindia.gov.in