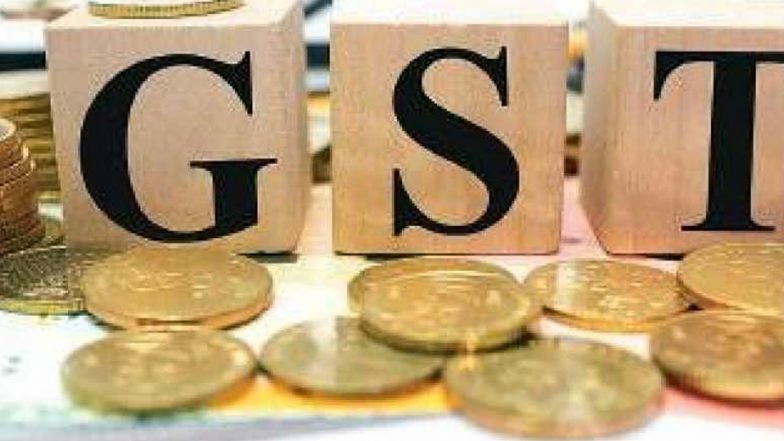 New Delhi, August 19: The Goods and Services Tax (GST) Council is likely to meet on August 27 to discuss the compensation pay-out to states. The council will also discuss the opinion of the Attorney General on the legality of market borrowing to meet revenue shortfall. This will be the 41st meeting of the GST Council and will be held via video conference. Sources reveal that the meeting would be a single agenda meeting on states' compensation.

A full-fledged meeting of the Council would be held on September 19, the agenda for which is to be decided, a report by news agency PTI said. The Attorney General, the chief legal officer of the government, is of the opinion that the Centre has no statutory obligation to make up for any shortfall in GST revenues of states from its coffers, sources revealed.

They had earlier indicated that following the AG's opinion, states may now have to look at market borrowings to meet the revenue shortfall and the GST Council will take a final call. In March, the Centre had sought views from Attorney General KK Venugopal on the legality of market borrowing by the GST Council to make up for any shortfall in compensation fund - a corpus created from levy of additional tax on luxury and sin goods to compensate states for revenue shortfall arising from their taxes being subsumed into GST.

Under the GST law, states were guaranteed to be compensated bi-monthly for any loss of revenue in the first five years of the GST implementation from July 1, 2017. The shortfall is calculated assuming a 14 per cent annual growth in GST collections by states over the base year of 2015-16. Under the GST structure, taxes are levied under 5, 12, 18 and 28 per cent slabs. On top of the highest tax slab, a cess is levied on luxury, sin and demerit goods and the proceeds from the same are used to compensate states for any revenue loss.

In either case, it would lead to increased general government debt burden and also a higher fiscal deficit. The payment of GST compensation to states became an issue after revenues from the imposition of cess started dwindling since August 2019 and the Centre had to dive into the excess cess amount collected during 2017-18 and 2018-19.

GST: Types Of Goods And Services Tax And Different GST Rates Across The Nation

GST: What Is Goods And Services Tax And What Are The Benefits It Offers?

GST: Businesses Not Ready With E-invoicing Will Get 30-Day Grace Period, Here's How E-Invoicing Will Lead to Improvement in Overall Business Efficiency