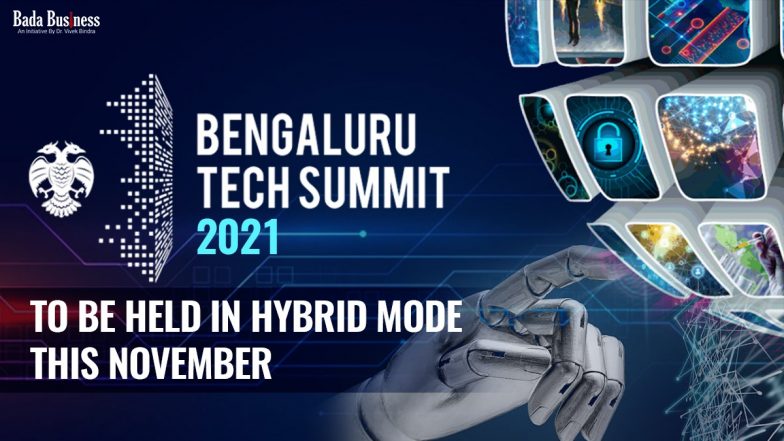 Bengaluru Tech 2021 with the tagline ‘Driving the Next’- a three-day annual flagship event will be held in a hybrid format from November 17, 2021.

The event will be inaugurated by the Prime Minister Narendra Modi. Not only that the U.S. Vice-President Kamala Harris will be invited to participate in the event, said Deputy Chief Minister C.N. Ashwath Narayan, who holds the IT/ BT, Science and Technology portfolio, told reporters here on Monday after holding preparatory meeting with the officials and chairpersons of Vision groups.

He also said that in the view of the possible third wave of COVID 19 breaking out the event will be organized in a hybrid format with one part being virtual and the other physical. The last event was held virtually for the first time, and the event had received an overwhelming response and participation from delegates of 25 countries, he added.

Prior to the event, ‘Beyond Bengaluru’ will be held in Mysuru, Mangaluru, and Hubballi during September and October. The event received overwhelming response from experts and delegates from 25 countries all over the world when it was held in virtual mode for the first time in 2020 due to the Covid-induced restrictions," Narayan said.

Dr. Narayan said that Union Ministers Nirmala Sitharaman, Ravi Shankar Prasad, Harsh Vardhan, and Nitin Gadkari, among others, will also be invited for the event.

“To actively involve academia, VTU and Higher Education Council will be roped in for all the events,” he added.