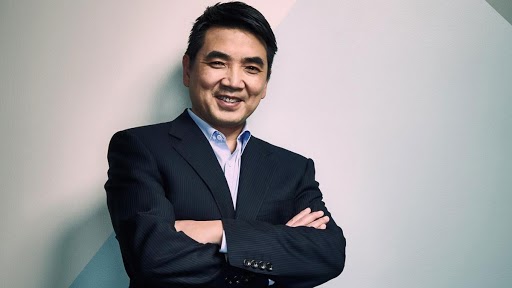 Eric Yuan, founder and CEO of Zoom, has been named the 'Businessperson of the 2020' by TIME Magazine for the growth of his video conferencing platform amid the coronavirus pandemic. Yuan, who began at WebEx as a coder, soon became integral to the creation of his video-conferencing platform that served as a communication medium for millions during the COVID-19 pandemic. The birth of Zoom by the 50-year-old founder and CEO became successful after he struggled for a decade to build the no-frills, highly functional conferencing platform for businesses. With his determination and hardwork, Zoom was now being used in all sorts of unexpected places, from delivery rooms to grade schools.

Zoom’s popularity grew in 2020 as the world was hit with the pandemic at start of the year, which forced people to stay indoors, maintain social distancing and work from home. With the pandemic spreading its arms over the world, Zoom started growing with leaps and bounds, helping people to continue with the work through online mode. The video conferencing platform allows individuals to communicate virtually face to face. Zoom is now in the business of connecting everybody, originally intended for businesses and universities. Business Ideas For 2021: Here Are 4 Business Ideas Which You Can Start Next Year.

“We never thought about consumers or K-12 schools when we started planning the year 2020,” Yuan was quoted by TIME while speaking over Zoom from his home in the Bay Area. He had ordered employees to work from home in early March, but it wasn’t until weeks later—around when U.K. Prime Minister Boris Johnson tweeted a photo of a Cabinet meeting over Zoom—that it dawned on Yuan that his company might play a major role in this new virtual world order.

Yuan soon found himself serving as the world’s relationship liaison, social chair, principal, convention-center host, chief security officer and pallbearer. Despite competition from corporate behemoths like Google, Apple and Microsoft, Zoom jumped out in front of the video pack, catapulting from 10 million daily meeting participants in December to a staggering 300 million in April. Zoom became a verb and a prefix, a defining syllable of a socially distant era. As his company’s valuation soared, Yuan crashed into the Forbes billionaires list.

Zoom’s software was released in 2013, promoting a free basic service for different-size organisations along with many paid levels. Although many other startups relied heavily on free goods to cause widespread saturation, Zoom targeted modest school and company networks that would pay year after year for subscriptions.

Tech Startups in India Report Nearly 10% Growth in 2020 Despite COVID-19 Pandemic, Over 1,600 Tech Startups Added in a Year: Nasscom

Home Business Ideas: 4 Brilliant Work From Home Ideas That You Should Consider Taking Up