How to build a high-Performance team in your organization 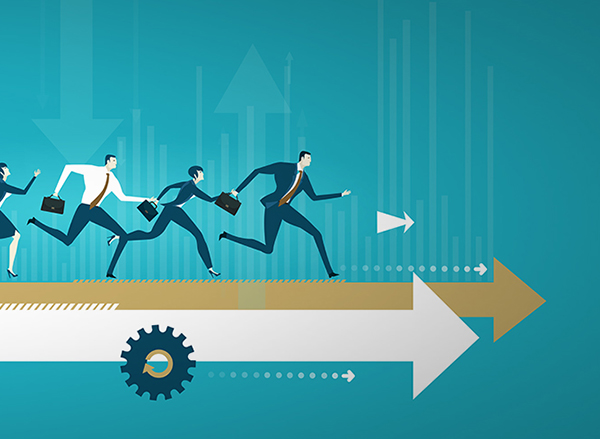 In today’s cut-throat competition most companies want to build a High-Performanceteam – a team that performs and at the same time maintains the speed.

But, the question is “How?”

So, here we will see ways to how to build a high performing team, wherein, one employee is doing the task of about five employees!

Have you Heard of Collaborative Advantage?

Collaborative Advantage, in the corporate world, means forming an association for mutual benefit.

When applied within an organization, it means forging an association between the employees on the basis of their strengths for enhancing the performance of the whole team.

Thus, you need to inculcate a collaborative advantage in your organisation to boost your growth, by creating a sense of inclusiveness among your employees.

How Collaborative Advantage can be Achieved?

Collaborative advantage can be achieved through incentivizing the role and the goal of your employees, recognizing and rewarding their efforts and results.

This leads to the effective and efficient performance of employees.

You need a team where 1 person can do a work of about 5 people. But nowadays finding people of such caliber is becoming difficult.

Let’s discuss the ways of building and leading a high performance team.

Tip #1: Give them a Paid Vacation

One of the best ways to reward your top-performing employees is to give them paid vacation at frequent intervals. Send them on vacation on the company’s expenditure.

It will not only boost the morals of top performers but also inspire others to improve their performance to get rewarded.

“Anything that is appreciated gets repeated.”

Tip #2: Give them Trophies and Certificates instead of Cash

For building and leading high performance team, do not give cash awards to your performing employees as it is short-lived.

Instead, reward them with trophies and certificates on a public platform. It remains imprinted in their minds for a long time.

Prepare a set of the parameter for giving awards and trophies as per the role and goal of employees.

Write down the rewards against each goal and put it on the bulletin board.

Make ways to appreciate them publically.

Tip #3: Coffee with the CEO or Lunch with the Boss

You can reward the Star Performer of the Year by arranging a coffee with the CEO of the company or a lunch with the boss.

You can take a picture with him and frame it on the bulletin board.

This will not only pump him with delight but will also motivate others to work hard to achieve the treat.

Make a testimonial, short videos, and videos depicting the appreciation of Star Performer by all the employees. Now, club it together to make a case study.

Once done with this, share the case study in all the groups and on social media handles of the company. This will make them feel good. They will repeat the same effort for the same or better result.

Once you start incentivizing the effort with the result, the complete culture of the office will change and speed will increase.

Whenever there is any kind of reward, award, and recognition being given to your company, let the Star Performer represent your company, and

Let them take the award.

Make them shine in public meetings and social gatherings.

Let them speak on these public forums.

This will not just boost them but also the others.

If someone is coming before time or has a 100% attendance for 90 days, he/she should be incentivized with gifts and cash.

This will make people realize the importance of time and they will also come on time.

Always remember, “To build a good intellectual capital and financial capital you need to have a good human capital.”

If someone saves the company from any kind of money theft, betrayal, or financial damage then he/she should be awarded.

And if you start rewarding the loyalty and ownership of one person, the others will follow the suit.

This will increase the speed and enhance the performance of the other employees as well.

Tip #8: Praise in Public and Correct in Private

This is the most important tool of building and leading a high performance team in an organization. If someone is doing things out of the box or is giving his efforts in doing too good for the company, praise him in public.

Let everybody know about his work and his efforts.

Motivate him and help him in eradicating the problem once and for all.

Never correct your employees in public but in private. This will boost morale.

Incentivize the employees who help the company in reducing its cost and increasing its quality, customer satisfaction, and positive cash flow.

Recognize them for taking new initiatives for the growth of the company.

Send your Star Performer on monthly party outings; send them to watch motivational movies, sports events, celebrations and much more.

These are several steps of how to build a high performing team by which you can incentivize the Star Performers and influence other employees to raise their productivity.

5 Tactics To Retain Top Performing Employees In The Organization

3 Soft Skills Every Company Looks In A Candidate While Hiring!

3 Effective HR Practices every Entrepreneur should Implement in their Organization

What Is Diversity In The Workplace? Here Are 4 Key Benefits

3 Essential Qualities of Great Leaders to Navigate through Uncertain Times