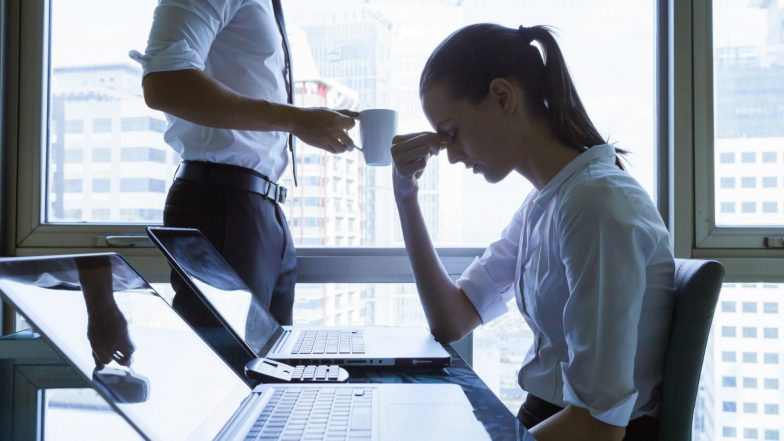 The human resource department has to deal with a lot when it comes to satisfaction of a company's employees. Helping the employees solve their issues while adhering to the company norms especially makes the task challenging at times. One such particular situation which is very fragile and demands very careful considering is harassment against the employees. This becomes even more complex when the issue is related to a case of sexual harassment at the workplace. In spite of having company laws towards the act, the HR department is expected as well as supposed to act in a very fair and just manner, so that relevant action is taken. It is best to break down the entire procedure into several steps to ensure the needful is done at the best of the capability of an organization at the earliest. Here is how a successful HR manager can handle sexual harassment cases:

Considering and recording a complaint: Be it official or unofficial, the HR department should consider every case related to sexual harassment to be recorded. Sometimes an employee might not be comfortable in communicating the issue via mail but instead choose to communicate verbally. In some other instance, the HR department may get to know about the incident through a second person, most probably a colleague or friend of the person who has faced harassment. The HR department must in such cases register and record the issue as a complaint of sexual harassment without any second thought.

Creating a safe environment: As soon as the complaint is received, it is crucial to create a safe environment for the person who has been harassed before any investigation begins. Moreover, there may be other people who have been harassed by the same alleged harasser but couldn’t come up. Thus, it is the first and foremost responsibility of the organization to put the alleged harasser at a distance from the person who has been harassed. Some of the ways of doing this could be to work from home, leave without pay, or shift the harasser to another location.

Getting to a conclusion: Depending on the investigation, the HR and organization need to take very strict action so that it sets an example of zero-tolerance against any such activities. Make sure you take an action according to both the company norms and the laws set by the local government on the issue. These may include termination or pursuing a legal case against the harasser.

Communicating results: While the harasser will know the result as the organization takes an action against it, the HR department needs to keep the person who was harassed informed about the steps that have been taken to ensure the safety of that particular employee, other employees, and ensure no such incident occurs in the future.

Following up: Regularly follow-up with the employees including the complainant, victim (if both are different) to ensure that they are feeling safe at the workplace and if no such issue is being continued.

Sexual harassment is a delicate issue and needs to be handled very carefully. In such a case, the HR Department is required to work responsibly. HR department often faces challenges in relevance to the satisfaction, safety, and happiness of its employees. The Human Resource Problem Solving Course guides organizations on how they can fulfill their role. To know more or to register https://www.badabusiness.com/psc?ref_code=ArticlesLeads

3 Effective HR Practices every Entrepreneur should Implement in their Organization

What Is Diversity In The Workplace? Here Are 4 Key Benefits

3 Essential Qualities of Great Leaders to Navigate through Uncertain Times

4 Employee Engaging Factors to Retain Top Performers in a Company