Learn How to Change Bad Habits 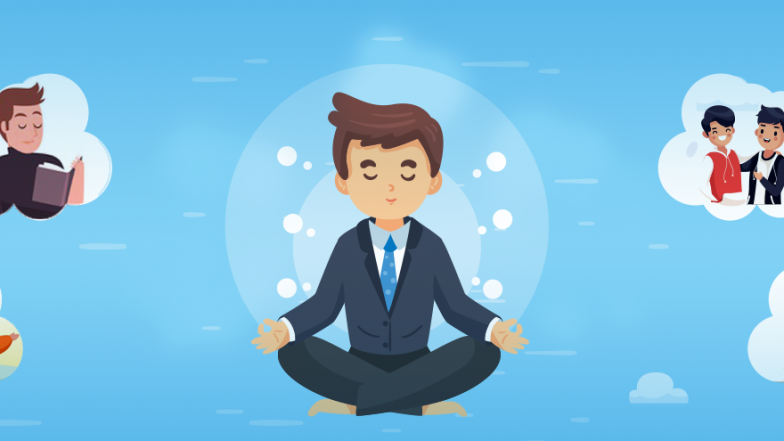 Introduction
We keep on doing some kind of nonsensical things that we know, we shouldn’t do; but, we are still doing them.Any person who is addicted to alcohol, cigarette, illicit sex, gambling, etc. he knows that he is doing something wrong.When he is absolutely addicted to it, he regrets for the day when he has started it.Now, if he wants to leave that, how he will do it?Bhagavad Gita discusses in detail how to change bad habits.Lesson from Bhagavad Gita on Changing Bad Habits Bhagavad Gita is a book not on information; it’s a book on complete transformation.
Go to Google, if you want information and Go to Bhagavad Gita, if you want transformation.
In Chapter 3 Verse 41 of Bhagavad Gita, Arjuna is asking a question:
’My Lord, why do we have these nonsensical habits? I don’t want to get involve into a wrong misdeed, a wrong activity but still, I do it. I don’t know who motivates me to do all these wrong things.’
Arjuna wanted to know how to change bad habits.
So, Krishna answered:
?????????????????????????? ?????? ???????
| ???????? ?????? ?????? ??????????????????
||With the help of this Shloka, Lord Krishna has suggested ways to change habits.The Shloka means:
The understanding of the above Shloka is:If you control on the kind of association you have, i.e. the books you read, the movies you watch, the television programs you see, the friends you keep, or whatever the association you are around, you will be able to change your habits.

How to Change Habits?

One of the ways to change habits is to regulate the kind of programs that you watch on television. For example:Garbage in, garbage outGood in, good outPositivity in, positivity outNegativity in, negativity outIf you control the kind of association you are living in, you can influence upon your future automatically by creating good habits and actions.Watch your thoughts, your thoughts become your words.Watch your words, your words become your actions.These actions will create your habits; habits will form your character, and that creates the destiny.So, everything starts with thoughts.Where do these thoughts come from?These thoughts get reinforced with the kinds of programs you watch.So, create a good association in life.Power of Habits
If you regulate your senses, you can regulate your actions.When you regulate your actions, you can regulate your habits.When you regulate your habits, you regulate your character and destiny automatically goes up.So, this is the power of habits. Your habits can change your destiny.For example:People say:
Jo Jeeta Wahi Sikander
But, we say:
Jo Jeeta; Wahi Chandragupta Maurya
This is because Chandragupta Maurya had uprooted the entire dynasty of Sikander. They did not allow foreign invaders to enter our country based on one thing, i.e. power of habits.
A principle-centred, character-centred leader in an organization goes a long way.
Comments
Tags:
bada business changing bad habits how to change bad habits How to change habits power of habits ways to change habits
Comments
Other Articles

How to Increase Sales through Competitive Advantage

How To Re-Structure Business Loans In Times Of Crisis?

Learn From The Secret Strengths Of Successful Entrepreneurs

3 Simple Steps to Manage Stress and Save Your Business