5 Inspiring Indra Nooyi Quotes to Remind Everyone that no dream is too big! 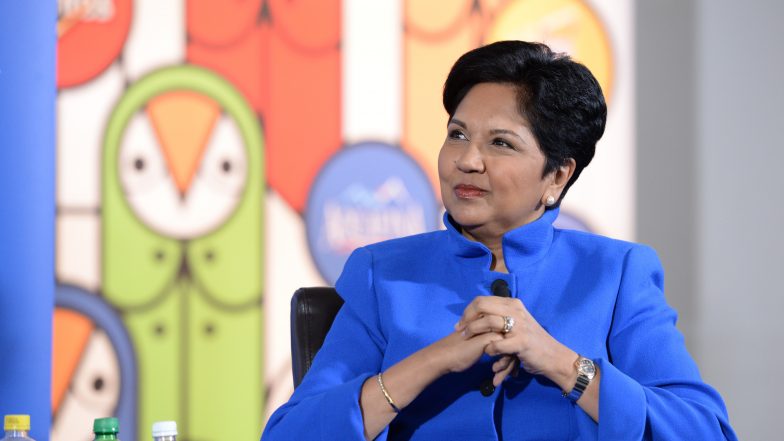 If ‘breaking the glass ceiling’ is what defines the unconventional success, then Indra Nooyi fits it to a T. The former Chairman and CEO of PepsiCo, Indra Nooyi is one of the fewest Indian women to reach the top of the ladder of success.

A self-proclaimed nerd, Nooyi was born into a conservative family of Madras, which is now known as Chennai. To continue her studies, she went to Yale University on scholarship. She excelled in academics and worked as a receptionist from dusk to dawn to fund her educational expenses.

With her hard earnings, she purchased the first business suit that she would wear for the job interviews.  However, she got rejected because of her ill-fitted pants. She was disappointed until one of her professors advised her to wear clothes in which she feels comfortable.

For the next interview, she wore a saree and got selected at Boston Consulting Group. She became a global headline when she joined PepsiCo. During her 12 years tenure in PepsiCo, she boosted the company`s revenue while expanding its offerings to include healthier foods.

Because of her passion, persistence, and perseverance, Indira not only became the CEO of one of the largest companies in the world but also represented the most powerful businesswoman in the world.

Here are 5 inspiring quotes by Indira Nooyi that will give you a glimpse of what it takes to achieve success:

Women can achieve anything if they want. All it needs a true determination, a strong value system, and a belief in their dreams.

3 Interesting Personality Traits Of Motivational Speakers That Make Them Popular!