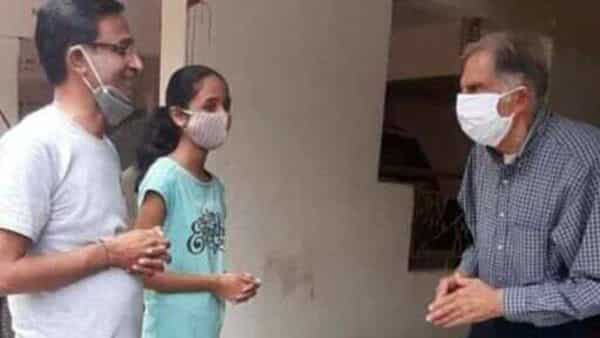 Social media platforms are generally in the news for all the wrong reasons. However, it has a brighter side too!

The internet went crazy and was hijacked by none other than Ratan Tata- the most celebrated name in the business world. However, the reason was heart-melting, something that is rare in today`s time!

One such incident is when Yogesh Desai shared a picture of Ratan Tata interacting with one of his former employees, who was not keeping well for the past two years. The picture is doing the rounds on the internet and people are all praise for the living legend.

While sharing his experience, he posted the story on LinkedIn, “Sir Ratan Tata (83) living legend, greatest businessman alive in India, visited the Friends Society in Pune to meet his ex-employee all-the-way from Mumbai who is ailing for last 2 years. This is how legends are made of. No media, no bouncers only commitment towards loyal employees. There is a lot to learn for all entrepreneurs and businessmen that money is not everything. All that matters is being a great human being. Hats off, Sir!! I bow my head in respect”.

Indian industrialist Ratan Tata is often known for his generosity. Known for his compassion and empathetic approach, he has once again garnered everyone's attention. Since the picture was being shared online, it has been flooded with comments from people appreciating the kind gesture by Ratan Tata. The post has received more than 1.9 lakh reactions and over 4,600 comments.

8 Powerful quotes by Ratan Tata to Inspire you!

Tips by Ratan Tata to Run a Successful Business

8 Powerful quotes by Ratan Tata to Inspire you!

Pivot And Persist: These Companies Stood Successful In Pandemic Times

Post-COVID-19 Business: 73% Small And Medium-Sized Businesses Confident of Bouncing Back Post-Coronavirus; Here Are 4 Key Aspects Which SMBs Are Looking at, Says Report

Can Travel And Hospitality Sector Get Back In Business With Revenge Travel Amid COVID-19?