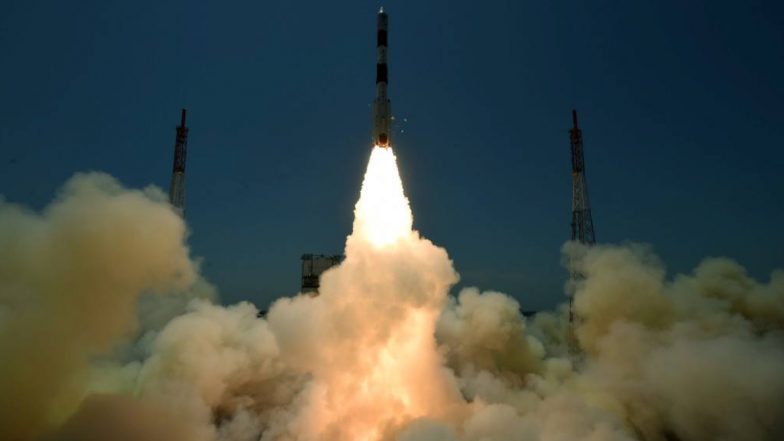 Chennai, September 16: Indian Space Research Organisation (ISRO) Chairman and Department of Space (DoS) Secretary K Sivan on Tuesday said that the Union government will come out with a policy for launch vehicles and rockets, space exploration and a comprehensive Space Act. The new policy will help several space sector start-ups that are coming up in the country for making rockets, satellites and others.

Speaking at the international space conference and exhibition titled 'Ushering the new era in Indian Space Sector', Sivan said that the insurance sector can also get into this important field once the policies and law are in place.

Sivan also said that a comprehensive Space Act and various policies are in the pipeline while he was elaborating on the legal and policy framework that is being planned with the government to open up the space sector for private players. However, the ISRO chief said the government will govern the space activities through policies for every line of activity and the Space Act. With this, the insurance sector can get a way out in the space sector.

Stressing on plans to encourage start-ups and micro, small and medium enterprises (MSMEs) in the space sector, Sivan said the DoS through the Space Enterprise Encouragement and Development (SEED) scheme will support them to take up innovation, research and product development and services for ISRO.

The exhibition was organised by Confederation of Indian Industry (CII) in association with ISRO, Antrix Corporation Limited and was supported by NewSpace India Limited (NSIL).

Amazon India Helps Women Entrepreneurs, Artisans and Weavers to Double Their Sales in 10 Weeks Under 'Stand for Handmade' Initiative