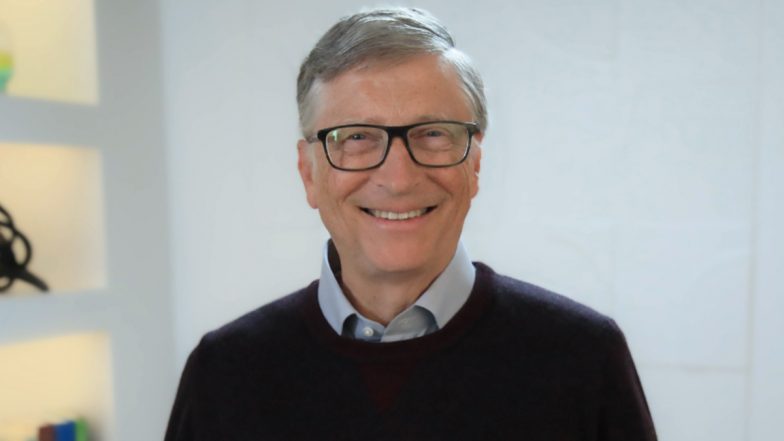 Bill Gates needs to introduction, especially in the world of business and aspiring entrepreneurs. He has been and continues to be a role model for generation of business men. Needless to say, Gates revolutionised the computer software industry. The Microsoft co-founder wrote his first computer programme at a mere age of 13 years. The genius business is currently among the top richest persons of the world and his company continues to grow and expand.10 Powerful Azim Premji Quotes That Will Motivate & Inspire You.

Not only is Gates a successful businessman, he is also a humble philanthropist. The Bill and Melinda Gates Foundation has undertaken in several developmental projects and is regularly involved activities for the welfare and upliftment of the people at a global level. 7 Motivational Quotes by Infosys co-founder Narayan Murthy to give your Entrepreneurial dreams wings!

"The belief that the world is getting worse, that we can’t solve extreme poverty and disease, isn’t just mistaken. It’s harmful."

"I can understand wanting to have millions of dollars, there’s a certain freedom, meaningful freedom, that comes with that. But once you get much beyond that, I have to tell you, it’s the same hamburger."

"It’s fine to celebrate success, but it is more important to heed the lessons of failure."

"Success is a lousy teacher. It seduces smart people into thinking they can’t lose."

"As we look ahead into the next century, leaders will be those who empower others."

"I believe that if you show people the problems and you show them the solutions they will be moved to act."

"Legacy is a stupid thing! I don’t want a legacy."

"We have to find a way to make the aspects of capitalism that serve wealthier people serve poorer people as well."

Not only his sayings, but the entire life of this 65-year-old Microsoft kingmaker is an inspiration for every entrepreneur. During the toughest times in the entrepreneurial journey the sayings, stories and lives of such globally known, respected and admired business magnate helps the entrepreneur to keep going until they hit the bull's eye.

5 Qualities You Must Look For In A Business Coach

Four Powerful & Practical Ways To Stay Motivated As A Solopreneur!