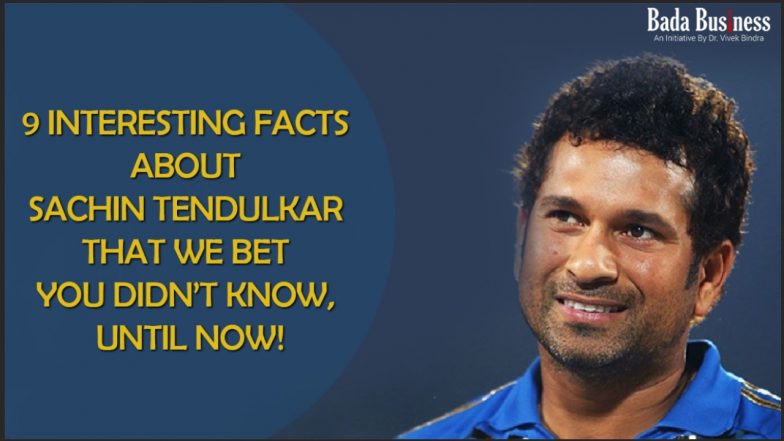 On November 16, 2013, when the batting legend Sachin Tendulkar decided to bid adieu from the game; he is regarded as the ‘God’ of, millions of eyes shed tears of joy and sorrow at the same time.

While Sachin Tendulkar delivered his last speech with choked words and moist eyes; tens of thousands of his fans stood in the Wankhede stadium holding their breaths as the euphoria of catching the last glimpse of their favorite Indian cricketer on his home ground surmounted.

India, where cricket is the religion, and the stadiums scream of the infamous “Sachin….Sachin”, it would be considered a sin to not know this man who has made fans across the globe go breathless with his beautiful strokes, timeless elegance, calm demeanor on the field and his relentless dedication to the game.

Yes, we are talking about Sachin Tendulkar- the God of Cricket. And if you want to watch hand-picked stories that are unseen and unheard of, watch them here:

An unparalleled career that was further glorified with grand records created and broken by the ‘Little Master’ has been an inspiration for many national and international sportspersons who dare to dream.

Bringing some of the most untouched aspects from his life, we are going to tell you 9 interesting facts that we bet you probably did not know:

Remembering this incident, Sachin writes in his book “Playing it My Way”, “I don’t know whether Imran Khan remembers this or has any idea that I once fielded for his Pakistan team”.

So what do you think, did you know the God of cricket as well as you thought you did? Let us know in the comment section below.

From Doing Embroidery on Clothes to Supporting the Family to Winning Gold in Weightlifting at CWG, Achinta Sheuli’s Journey is Super-Inspiring!

From a Rickshaw Driver to becoming India’s Famous Household Name, Here is a Glimpse of Raju Srivastav’s Inspiring Life!